HTTP (HyperText Transfer Protocol),the underlying protocol in the world of web is commonly used for synchronous communications. However there are some use cases which needs the activities to be done in asynchronous way. Message brokers can help to integrate systems using asynchronous pattern. In this post, let see how Amazon SQS services provided by AWS(Amazon Web Services) can be used to design the asynchronous pattern. 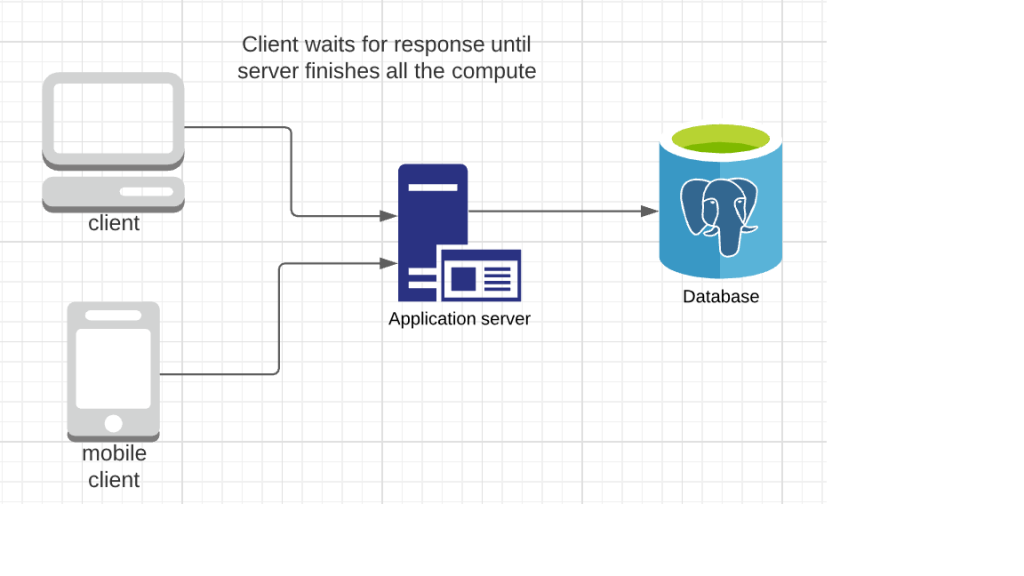 As we can see, the synchronous communication is simple and straight forward. But when there are heavy burst of requests, both client and server will have tremendous load. When server goes down with maximum load, there is a potential of message loss and requests getting timed out.

Let’s introduce Amazon SQS into the above synchronous pattern.

Alright! After taking a quick look into both synchronous and asynchronous patterns, let’s acknowledge that having message queues into our designs will help for distributed architectures. But why to choose Amazon SQS in particular?

One of the important concept to consider when choosing SQS is visibility timeout.

Consume multiple messages from Queue. Poll for messages in a loop as a standalone consumer.

If Lambda is configured as event listener for SQS queues, then the event can be handled as below:

To illustrate sending error messages to Dead Letter Queue(DLQ), message with id=3 is moved to DLQ.

DLQ is yet another SQS queue. It can be configured to receive messages which are not consumed after certain attempts or to send any error messages explicitly.

When creating SQS queue, we can configure it’s DLQ as below:

Other message brokers as an alternative to SQS are:

We have looked into the details of SQS service from Amazon offering. SQS service helps to build a scalable message queueing architectures. But that’s not the only option. If our architecture stack is not based on AWS, then open source alternatives like Active MQ and Rabbit MQ provides a reliable messaging solution.

The source code examples can be downloaded from below location:

This site uses Akismet to reduce spam. Learn how your comment data is processed.

AWS provides an option to take snapshots of the EBS volume. EBS snapshots come handy when we want to recover our EBS volumes from any unforeseen disasters or failures. It would be even nice if Read more…

In this post, let’s see how to integrate Spring Boot with Amazon DynamoDB. I have been exploring the option of creating the REST API using Spring Boot backed by DynamoDB. I will share the information Read more…

Serverless is the architectural style in which the applications relies heavily on Backend as a Service(Baas) and Function as a Service(Faas). In Baas, the third party remote application services are integrated tightly into the client Read more…